Boarding in X4 is a bit of an arcane subject.  Start with the basics.


Attacking ship - Small and fast with a punch is a good mix.  I like any fighter with Plasma cannons, or an M- class with decent frontal weaponry.  Small and fast is good for avoiding big ship defenses.  Plasma packs a punch to get rid of surface elements.

Target Selection - I like the Split Rattlesnake Destroyer (L), and 92 marines are cheaper than shipyard prices.  Plus, there is a Pirate-ish faction that flies the Rattlesnake, Fallen Families (FAF).  These are military ships and tend to have a complement of decent-skilled Marines.  It will be a meat grinder.

Scan your target - This will show you the makeup of the crew, and total number of crew on the ship.  Service crew are squishy and don't contribute much defense.  Marines will be much stronger resistance.

Marine Prep - Assemble a large squad of marines.  You will need some good ones, and a lot of Recruits, but plan on sending the max capacity of the target.  Fast ships are NOT necessary, as long as you can completely disable your target.

Disable Target - I go for engines first.  Engines are normally in a defensive blind spot.  Start there, and move on to Turrets.  I tend to leave Shield modules intact unless they are preventing me from taking out turrets.

Marine Approach - Order your ships carrying marines to close in on the target.  DO NOT assign the Board order from long distance.  Ships will close distance by Boosting, which is just dumb.  Fly To orders will use Travel Drive.  Do both!  Set Fly To orders, then Board orders directly afterward.

Keep Target Disabled - Prolonged attacks are not necessary.  The target will very slowly attempt to repair engines for escape, and may drop defense drones, lasertowers, and repair drones to avoid your attack.

Once all pods have arrived at the target ship, the operation goes into the Infiltration phase (cutting through the hull).  Screenshot: 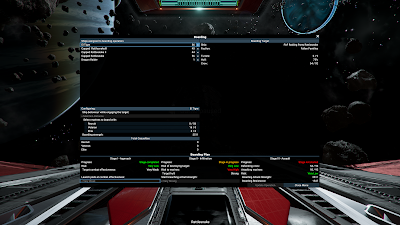 Here I had a number of ships selected in a single Board command, so they are all on the roster.  Each one had a different makeup of Marines.  Upon scanning my target, I found it had 25 Marines (2-3.5 stars each) and 30 crew.  My marines didn't even get to 2 stars, but I was bringing 83 Veterans and 9 Recruits to the party. The Target ship has a strong defense value, but I'm coming at the operation with about 1.5x the strength.  2.0x would be preferred, but this target was encroaching on my territory and I didn't want to have any fallout with my traders.

Last tip for operation setup: I tell all participating ships to Maintain Distance.  I don't want these Rattlesnakes lighting up my boarding operation.  I can keep engines and turrets disabled with my fighter.

When setting up the Boarding op, the default value for "Launch Pods at Combat Effectiveness" is "Weak".  I don't even order the Boarding op until all turrets are destroyed, which leaves a target at Very Weak.  Default for "Start Breaching at  Hull Strength is "Strong".  I don't know what percentage that is, but this target is already at 75% hull.  The phase would start once all pods have made contact anyway.

Approach Phase is mostly covered above.  Disable the target and select your marines to be deployed.

Infiltration Phase - Hull % directly affects how fast your marines will make it through.  There is no separate Marine Skill for this like in X3.  I don't know if there is anything like Morale effect, but at 75% the marines are through in a minute or two.

Assault Phase -  Here is a RNG-based go around, mostly determined by the Boarding Attack Strength and Boarding Resistance values shown on the screen.


I've setup a scenario which is repeatable and safe to do some analysis on the RNG and Boarding Strength variables.

First off, there's a save file.  https://drive.google.com/file/d/1t8Wz6WO7-rCXfNYHpqplulRyhZqGm9Z3/view?usp=sharing

I have run 10 operations with the same config (the save point is after the Approach phase, and in the middle of Infiltration).